12 dead in Turkish restaurant in Qatar 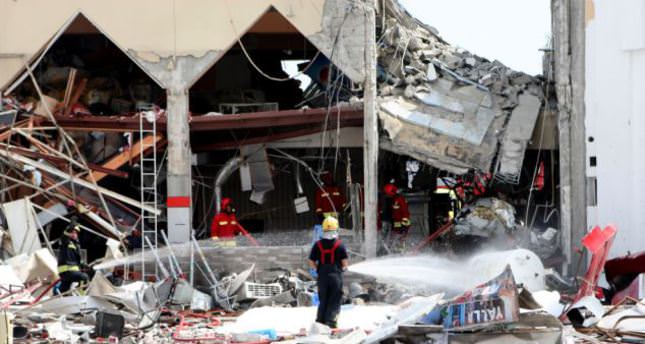 An explosion caused by a gas canister killed 12 and injured 32 in a Turkish restaurant in the Qatari capital of Doha. The huge explosion totally destroyed the restaurant and damaged nearby cars.

12 people were killed when gas canisters exploded in a Turkish restaurant in the Qatari capital Doha yesterday.

Thirty-two were wounded, three of them critically, the official news agency of the Gulf Arab state reported said, "The explosion that happened today at Istanbul restaurant next to a petrol station resulted in the death of nine people."

Qatar's prime minister, Sheikh Abdullah bin Nasser al-Thani, confirmed there had been an explosion in remarks to state television. "Some deaths occurred that were announced, and there will be a press conference through the Ministry of Interior to give more information about the incident," said Sheikh Abdullah, who is also interior minister.

Asked if security regulations would be tightened up after the incident, he replied that "safety precautions are all there and the precautions for civil defense are there".

Photographs purporting to show the aftermath of the incident posted on social media showed chunks of masonry and cars apparently crumpled by the explosion lying outside the restaurant in a northwestern district of the city. A fire burned inside the building.