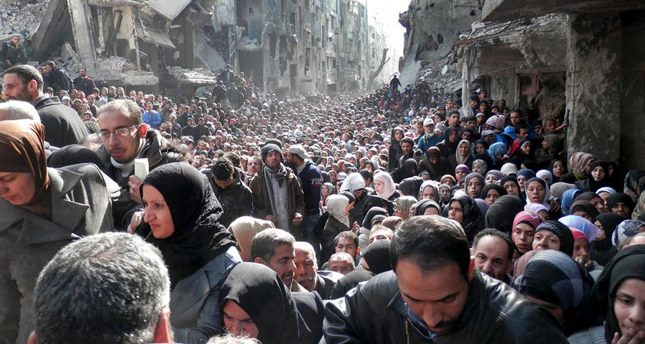 by French Press Agency - AFP Mar 13, 2014 12:00 am
PALESTINE – Palestinian President Mahmud Abbas has demanded that Israel halt its "escalation" in Gaza, his spokesman said, as militants pounded the south with rockets and the army hit back with air strikes.

The Palestinian leader called on Israel to "put an end to its military escalation in the besieged Gaza Strip," Nabil Abu Rudeina said Thursday.

Earlier, Abbas had demanded Israel immediately halt its "military escalation" in Gaza, but did not condemn the barrage of rockets fired over the border by militants from Islamic Jihad, which the group said numbered 130.

His remarks sparked an angry response from Israeli Prime Minister Benjamin Netanyahu, who denounced him for failing to condemn the salvos.

"How is it possible that he doesn't condemn the firing of rockets at innocent civilians?" he asked while on a tour with visiting British Prime Minister David Cameron.

"But he did condemn Israel for responding and firing at three terrorists who fired a mortar shell at them," he said referring to an incident along the Israel-Gaza border on Tuesday.

The incident, which sparked the current flareup, saw Islamic Jihad militants fire a mortar round at troops allegedly trying to enter southern Gaza. Israel responded with an air strike which killed three of them.

Abbas was speaking at a joint news conference with Cameron in the southern West Bank city of Bethlehem.
Cameron had on Wednesday denounced the rocket fire.

"These are indiscriminate attacks aimed at population centres and that tells you everything about the despicable and wicked people carrying out these attacks. I condemn them utterly," he said at a news conference with Netanyahu.