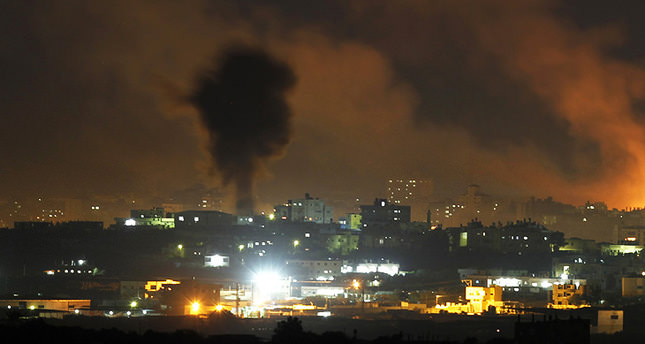 GAZA – Calm reigned early Friday in the Gaza Strip after a night of tit-for-tat attacks between Israel and Palestinians.

Israeli warplanes launched three airstrikes in southern and eastern Gaza Strip late Thursday, which the Israeli army said were in response to the firing of a salvo of rockets into southern Israel.

The Israeli military has sealed all border crossings with the embattled coastal strip – banning the entry of foodstuffs and other vital commodities – and has prohibited thousands of Palestinian detainees from receiving visitors.

Khaled al-Batch, a leader of a group said earlier that Egypt had helped broker a deal to resume a 2012 ceasefire agreement.

In late 2012, an Egypt-brokered ceasefire between Israel and Palestinian ended eight days of cross-border fighting in which scores of Gazans were killed.