Israel to permit fuel into Gaza 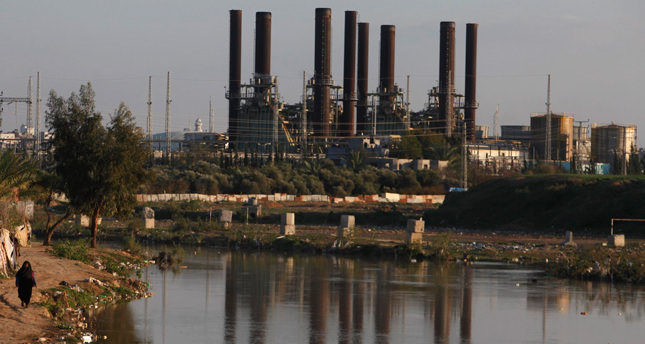 by French Press Agency - AFP Mar 16, 2014 12:00 am
GAZA, Palestine – Israel is allow the resumption of diesel deliveries into Gaza on Sunday, a day after the territory's sole power plant stopped working due to a lack of fuel, officials said.

The defence ministry had on Thursday shut down the Kerem Shalom goods crossing into southern Gaza after militants there fired scores of rockets over the border, although no-one was injured.

Israel hit back with air strikes, which also caused no injuries, and officials ordered the closure of the terminal, halting all deliveries, including fuel with the power station halting operation on Saturday.

"Defence Minister Moshe Yaalon.. instructed to open the Kerem Shalom crossing for the transition of gas into the Gaza Strip," it said.
"The amount coordinated for today... is 500,000 litres of diesel and gasoline for the private sector, 160,000 tonnes of cooking gas, and 200,000 litres of diesel for the operation of the power plant in Gaza," it said.

The power plant, which supplies some 30 percent of Gaza's electricity needs, fell silent for 50 days in the latter part of 2013 due to lack of fuel but resumed operations in late December.

Public radio said Sunday's delivery of fuel would likely arrive in the afternoon.

Israel routinely closes the crossing in response to rocket fire or other violence in and around Gaza.

The fuel is purchased from Israel by the West Bank-based Palestinian Authority which also facilitates the delivery because the territory's Islamist Hamas rulers do not recognise Israel and do not have any direct dealings with its officials.