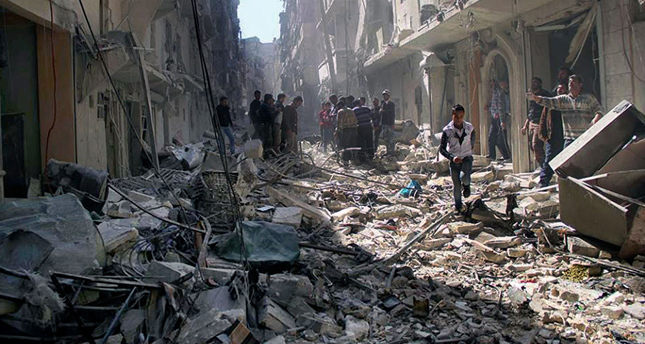 by AA Mar 22, 2014 12:00 am
DAMASCUS — At least 76 people, including 12 children and ten women, were killed in air and ground operations across Syria mounted by President Bashar al-Assad's regime on Saturday, opposition activists have claimed.

The London-based Syrian Network for Human Rights watchdog said that 28 people were killed in the suburbs of Damascus, 14 in Aleppo, 12 in both Homs and Hama, three each in Daraa and Latakia and there were two deaths in both Idlib and Deir.