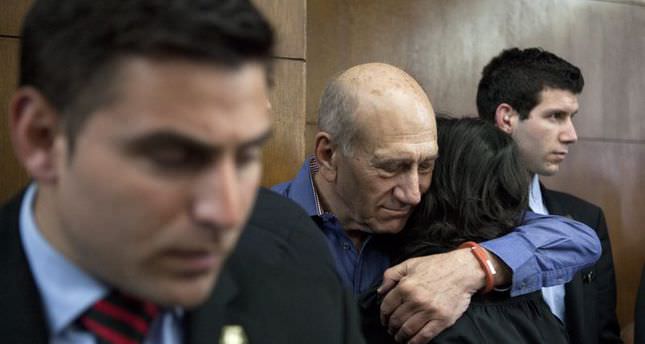 by Anadolu Agency
Apr 01, 2014 12:00 am
TEL AVIV — An Israeli court convicted former Prime Minister Ehud Olmert on Monday of bribery linked to a Jerusalem property development, probably ending any prospects of a political comeback.
Judge David Rozen found Olmert guilty of two bribery charges and said he accepted 560,000 shekels ($160,000) from developers of a residential project, according to a summary of Monday's 700-page verdict provided by the Justice Ministry.
"We're talking about corrupt and filthy practices," Judge Rosen said sixteen defendants faced the trail that took place over two years, and linked to the construction of the massive Holyland residential complex when Olmert served as the city's mayor.
Last Update: Apr 01, 2014 7:59 pm