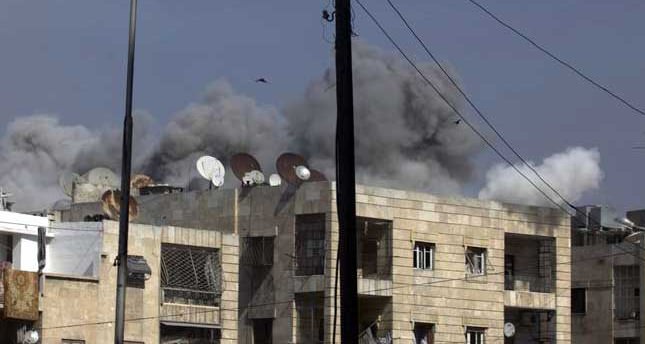 by Associated Press Apr 03, 2014 12:00 am
DAMASCUS — Syria's official news agency SANA reported a mortar attack strucking the capital Damascus and its suburbs, injuring at least five people on Thursday.
The shell struck the upscale central neighborhood of Maliki where one of Assad's residences is situated.
The Britain-based Syrian Observatory for Human Rights says shells also struck central Damascus, including the Ummayad Square, which is close to the TV and radio stations as well as the army command. There were no casualties in the square.
Meanwhile, state TV says the deadliest among Thursday's attacks occurred in the suburb of Harasta, where six children were killed and eight were wounded.
No one claimed responsibility yet .
Last Update: Apr 03, 2014 3:45 pm
RELATED TOPICS