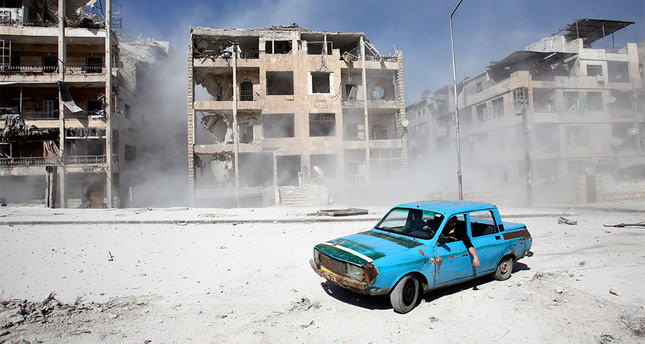 by AA
Apr 03, 2014 12:00 am
DAMASCUS — At least 100 people, including five children and five women, have been killed in air and ground operations across Syria carried out by President Bashar al-Assad's regime, opposition activists have claimed.

Forty four people were killed in the suburbs of Damascus, 25 in Idlib, 15 in Aleppo, four in Homs and another four in Daraa, three in Lattakia and also in Quneitra, and one person in Hama and another in Deir'z Zor, the London-based Syrian Network for Human Rights watchdog said on Thursday.

Many buildings were damaged and demolished in the attacks, according to a separate report from the Local Coordination Committees of Syria.

More than 100,000 people have been killed during the ongoing three-year conflict in Syria, which has also internally displaced more than 6.5 million people, according to the U.N.