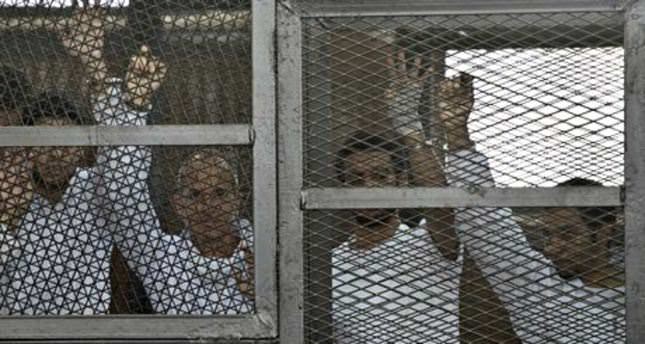 by Apr 09, 2014 12:00 am
CAIRO — Egyptian security forces have arrested a man who worked for Qatar's Al Jazeera television network and accused him of inciting and taking part in violence, the state news agency MENA said on Wednesday.
An Al Jazeera spokesman could not confirm whether the man arrested in Suez worked for the Doha-based channel, MENA named the man as Abdel Rahman Shaheen and described him as a Muslim Brotherhood member.
Three Al Jazeera journalists are already on trial in Egypt charged with aiding a "terrorist group", a reference to the Muslim Brotherhood.

The journalists standing trial are Peter Greste, an Australian, Mohamed Fahmy, a Canadian-Egyptian national, and Baher Mohamed, an Egyptian. They have been in detention since Dec. 29. Al Jazeera has said the accusations are absurd and deny charges.
Qatar, which backed ousted elected president Moahmmed Morsi during his one year in office, has continued to support the Muslim Brotherhood since the army removed him from power last July following mass protests against his rule, plunging Egyptian-Qatari ties into crisis.