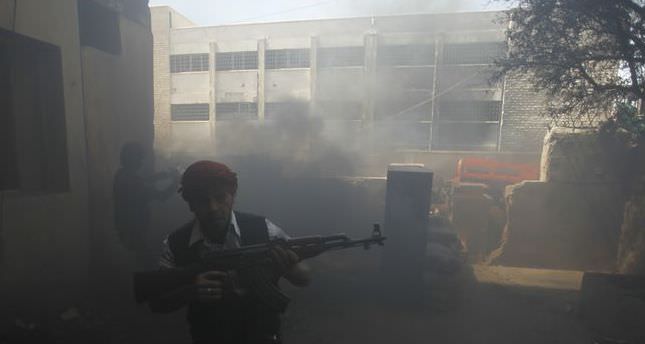 by AA
Apr 12, 2014 12:00 am
DEMASCUS — At least 45 people, including four children have reportedly been killed in heavy weapon attacks across Syria carried out by forces loyal to President Bashar Assad.

Sixteen people were killed in the suburbs of Damascus, 12 in Aleppo and other cities the London-based Syrian Network for Human Rights SNHR said on Saturday.

Many suffered visual impairment and difficulty in breathing while residential areas were destroyed, the group said in a statement.


More than 100,000 people have been killed during the ongoing three-year conflict in Syria, which has also internally displaced more than 6.5 million people, according to the U.N.