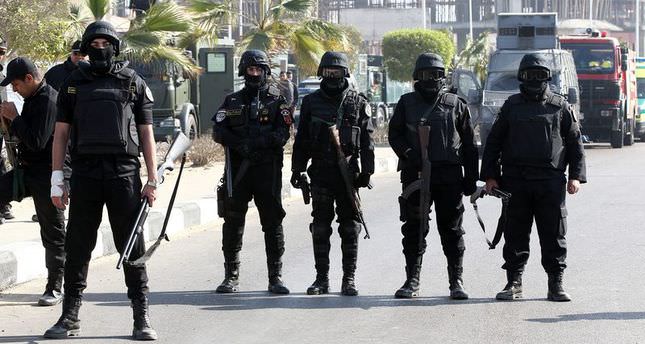 by reuters
Apr 13, 2014 12:00 am
CAIRO — Egypt has arrested a veteran of the Syrian civil war on suspicion of planning terrorist acts inside Egypt, the state news agency reported on Sunday.

The Egyptian prosecutor's office in Suez City ordered the arrest of Wael Ahmed Abdel Fattah for 15 days, MENA reported, adding that he was suspected of working with Islamist militant groups.

Since the army toppled President Mohamed Mursi of the Muslim Brotherhood last July, militants based in the Sinai Peninsula have stepped up attacks on police and soldiers.