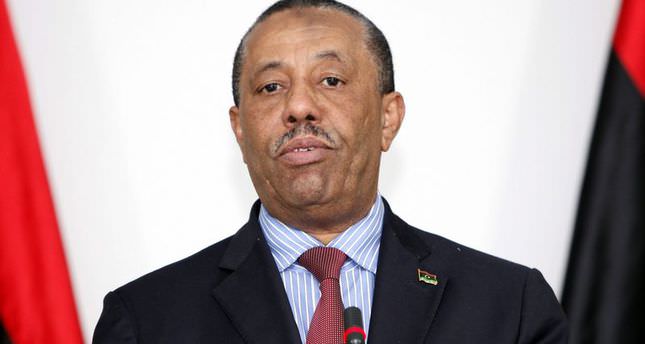 TRIPOLI — Libya's interim prime minister handed his resignation to parliament on Sunday, just one month into the job, saying gunmen had tried to attack his family.


Abdullah al-Thinni's resignation adds to the growing chaos in Libya, where the government has struggled to control brigades of former rebels nearly three years after the fall of Muammar Gaddafi.

The General National Congress (GNC), the country's parliament, has not yet officially recognized Thinni's resignation and will decide what to do at its next session on Tuesday, a GNC spokesman said.

The attack on Thinni's family is the not the first time that a prime minister has been threatened.
Last Update: Apr 14, 2014 1:20 pm