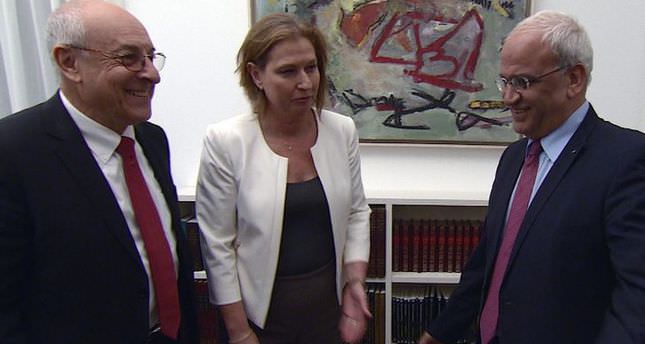 by AA Apr 14, 2014 12:00 am
JERUSALEM — Palestinian and Israeli negotiators met late Sunday in the absence of American special envoy Martin Indyk, according to the Israeli Yedioth Ahronoth news side.

Prospects for a peace deal between Israel and the Palestinians appeared to crumble late last month after Israel refused to release 26 Palestinian prisoners despite earlier pledges to do so.

The peace talks resumed in Washington last summer after a nearly three-year hiatus. They are scheduled to end on April 29.