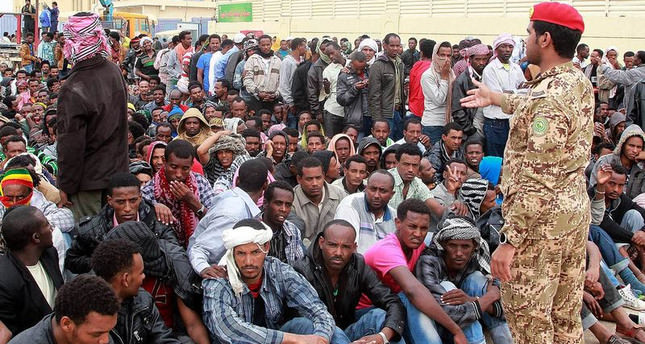 by reuters
Apr 15, 2014 12:00 am
RIYADH — Saudi Arabia will punish people who employ foreigners illegally or break the terms of their visas, in an effort to encourage local employment.

Punishment ranging from fines and jail terms to confiscation of assets and deportation may be imposed, escalating a year-long crackdown on visa irregularities that have been overlooked for decades. The Interior Ministry decision was carried on the official Saudi Press Agency on Monday.

It is not clear how many people with invalid visas remain in Saudi Arabia. Some economists estimate it might stretch to millions of people. Around 20 million Saudis and 10 million foreigners live in the kingdom.

Riyadh hopes that stricter enforcement of visa rules will encourage hiring Saudi nationals, by making it harder and more expensive to employ expatriates, who tend to be cheaper than the kingdom's own citizens.

Saudi unemployment is officially around 12 percent for Saudis, but that figure does not account for the 60 to 70 percent of working-age people who do not hold jobs and are not actively seeking work.

Economists have warned Riyadh it needs to boost private- sector employment, because eventually it will be unable to reduce joblessness through public-sector hiring, as it sometimes has.