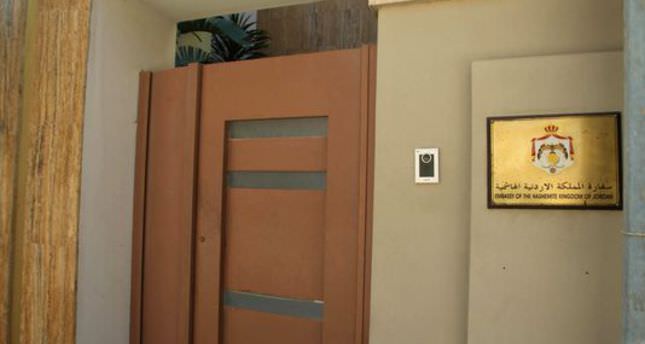 by Apr 16, 2014 12:00 am
TRIPOLI/AMMAN — Jordan's ambassador to Libya was kidnapped on Tuesday by gunmen who demanded a militant be released from a Jordanian jail in exchange for the diplomat's freedom.

Essam Baitelmel, a member of the Libyan team investigating the abduction, said the kidnappers had demanded the release of Mohamed Dersi, a Libyan militant jailed for life in 2007 for plotting to blow up the main airport in Jordan.

The kidnappers made their demands in a call to the ambassador's own cellphone, which was left behind in the car after the abduction, Baitelmel said. They said the diplomat was unharmed.

Libya's foreign minister Mohamed Abdelaziz could not officially confirm that the government had received demands from the kidnappers.

Royal Jordanian Airlines suspended flights to Tripoli after the kidnapping.

Last week, Libya's interim prime minister resigned after just one month into the job, saying gunmen had tried to attack his family.