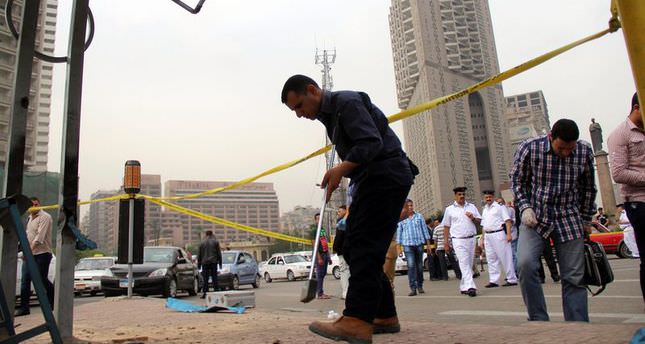 by Apr 16, 2014 12:00 am
CAIRO — Two bomb attacks wounded three policemen in central Cairo on Tuesday, a security source and state television said.
A policeman was wounded when a bomb exploded near a police car around 10:30 p.m. (2130 GMT), the security source said.

Two other policemen were wounded just after dawn when unknown assailants targeted a traffic police checkpoint a few kilometers away from the first blast, according to state television said.

Since the army toppled Egypt's first freely-elected president, Mohamed Mursi of the Muslim Brotherhood, in July, militants have stepped up attacks on security forces, killing hundreds.

The violence has scared away investors, hammering the economy of the biggest Arab state.

An insurgency in the Sinai Peninsula which has defied an army crackdown has spread to Cairo and other cities as the country prepares for presidential elections next month.

Abdel Fattah al-Sisi, the general who overthrew Mursi, is expected to win the poll easily.