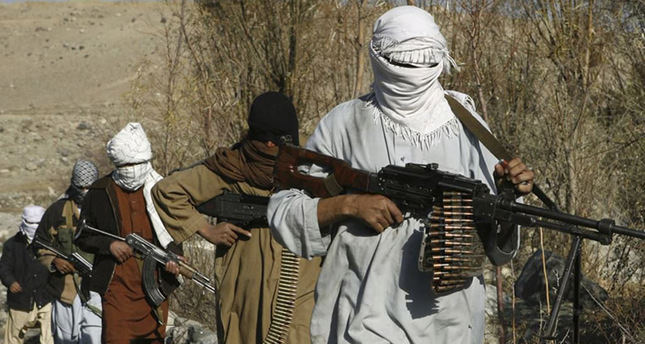 by AA
Apr 20, 2014 12:00 am
MAZAR-I-SHARIF, Afghanistan — At least 15 people have been killed during clashes between the Taliban and security forces in the Faryab province of northern Afghanistan.

The chief of police in Faryab, Turyalev Abdyani, told Anadolu Agency that 15 Taliban militants were killed in Faryab's Qaysar district on Sunday, adding that seven militants and one police official had also been injured since the clashes began a day earlier.

Taliban militants attacked Qaysar nearly a week ago and took several parts of the city over.