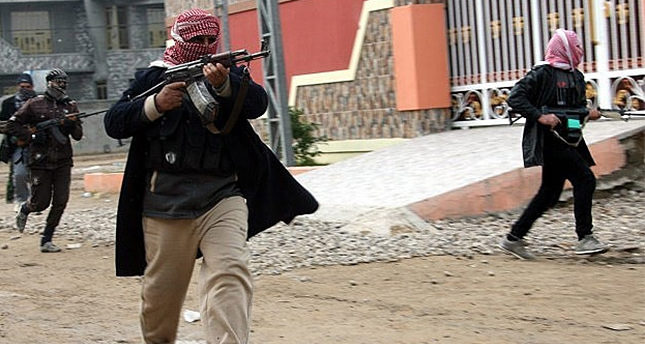 by AA Apr 20, 2014 12:00 am
BAGHDAD — Five security guards were killed on Sunday and dozens taken hostage after militants from the Islamic State of Iraq and the Levant (ISIL) stormed a university campus in eastern Baghdad, a security official said.

The bomb attack left five security guards dead as militants managed to take dozens of students and professors hostage after raiding the premises, he added.

"Security forces have cordoned off the area in preparation for a large-scale operation to free the hostages and kill the militants who are believed to wear explosive belts," the official said.

For months, the Iraqi government has been battling ISIL – said by authorities to be linked to al-Qaeda.

ISIL militants remain in control of Fallujah and parts of Ramadi in the western Anbar province despite an ongoing large-scale military operation launched by government forces since December in the restive province to flush out the militants.

The ISIL has yet to claim responsibility for the university assail.

The violence spread over to Baghdad, which has seen a string of bombings recently amid a general militancy uptick across Iraq.

Observers warn that the violence could negatively impact April 30 parliamentary polls in the country.