12 sentenced for life for spying in Bahrain, Iran links 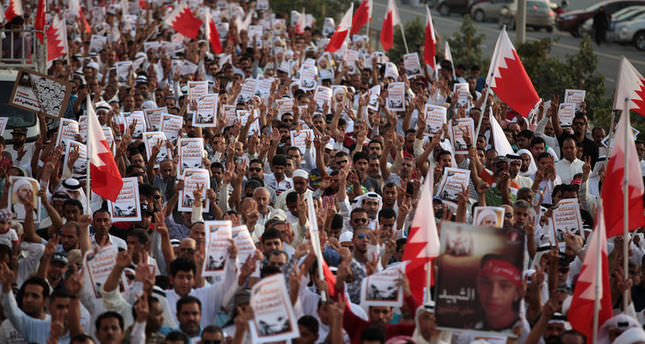 by Anadolu Agency Apr 23, 2014 12:00 am
MANAMA — A Bahraini court has sentenced 12 men to life in prison for spying, receiving training from Iran's Revolutionary Guard and processing weapons and explosives, a defense lawyer and rights activist said on Tuesday.

Bahrain accuses Shi'ite power Iran of fuelling unrest in the country since a 2011 uprising led by the Shi'ite Muslim community demanding reforms and more share in running the kingdom ruled by the Sunni Muslim al-Khalifa dynasty.

Some of the men were tried in absentia.

Tehran denies the accusation, but defends the cause of Bahrain's Shi'ite opposition.

Three years on and Bahrain, home to the US Fifth Fleet, remains deeply divided and demonstrators frequently clash with security forces in Shiite villages outside the capital.

Last year, authorities increased the penalties for those convicted of violence, introducing the death penalty or life sentences in certain cases.