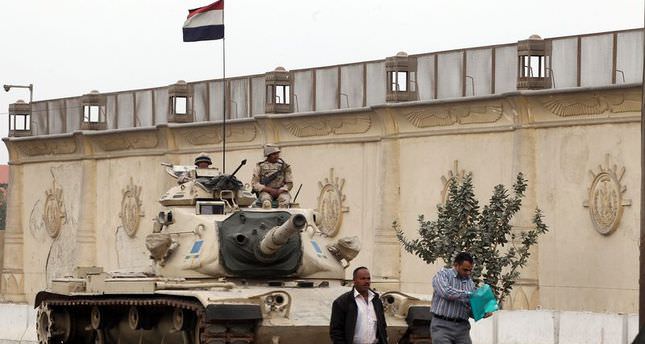 by AA Apr 25, 2014 12:00 am
CAIRO — Egyptian authorities on Thursday released a senior Muslim Brotherhood member after eight months in detention on violence-related charges – the first high-level member of the group to be released since last July's ouster of elected president Mohamed Morsi.

Ali Fathalbab, a member of the high board of the Brotherhood's Freedom and Justice Party and head of the majority bloc in the now-defunct Shura Council (the upper house of Egypt's parliament), was released after being cleared of charges of involvement in attacks on police stations in the wake of Morsi's ouster.

He was charged with inciting riots and attacking two police stations in southern Cairo.

His lawyer, Osama al-Sebaei, told reporters that his client had been released after prosecutors dropped his name from the list of suspects in the two cases.

He was moved from Tora Prison to a police station last week before being released on Thursday.

Fathalbab is the first senior Brotherhood member to be released since Morsi's ouster and the subsequent countrywide crackdown on the Islamist group.

Egypt's military-backed authorities have rounded up many of the Brotherhood's senior and mid-ranking members, hundreds of whom remain in detention.

In December, the Egyptian government branded the Brotherhood, the group from which Morsi hails, a "terrorist" organization.