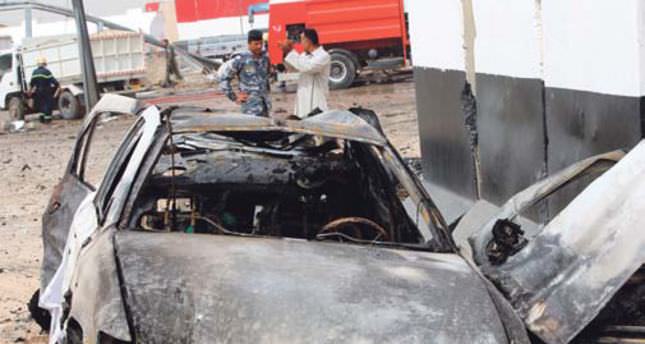 BAGHDAD — A car bomb exploded at a police checkpoint south of Baghdad yesterday, killing eight people, as Iraq struggles with daily violence ahead of an election next week. The blast five kilometers (three miles) north of the city of Hilla also wounded 20 people, a police captain and a doctor said. Iraq is suffering a protracted surge in bloodshed that has killed more than 2,750 people this year.