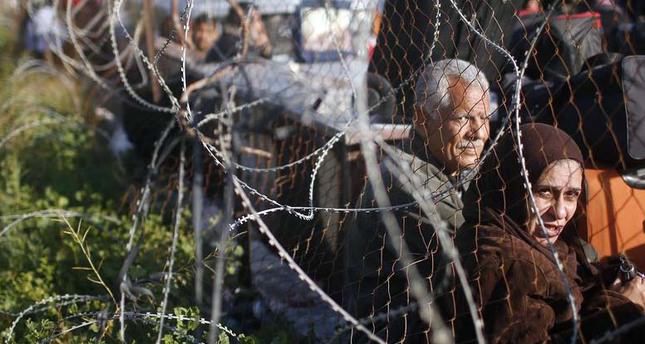 by AA Apr 27, 2014 12:00 am
GAZA — Israel on Sunday reopened the Karam Abu Salem commercial crossing with the southern Gaza Strip following a 10-day closure, a Palestinian border official has said.

"Israeli authorities reopened the Karam Abu Salem crossing on Sunday morning, allowing in shipments of goods and food aid that had been denied entry into the enclave for the past ten days," Raed Fatouh, head of a Gaza Economy Ministry committee.

Israel partially reopened the commercial crossing with the southern Gaza Strip over the past two days amid ongoing closure of cargo terminals with the Palestinian enclave for the Jewish Passover holidays.

Karam Abu Salem's prolonged closure over the past days has led to a fuel crisis inside the blockaded strip.

Home to roughly 1.8 million people, the Gaza Strip has six border crossings with Israel and one with Egypt.