Question of stability looms over Iraq a head of elections 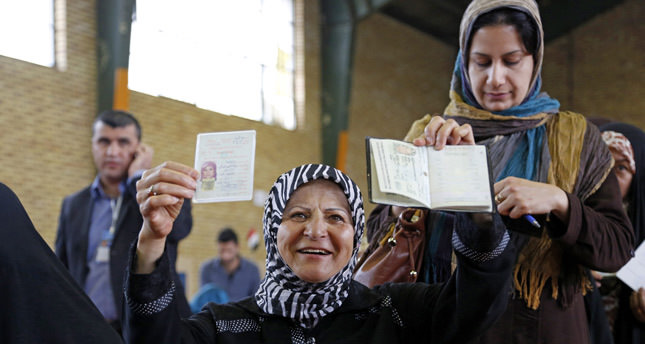 by Tevhid Nazmi Baştürk Apr 28, 2014 12:00 am
IRAQ — Last week a suicide bombing carried out by the terrorist organization, the Islamic State of Iraq and the Levant (ISIL), targeted a Shiite rally, killing 33 people. Forty people were also injured in the attack which targeted the 10,000-person gathering. Another series of attacks earlier in the week targeted checkpoints surrounding the capital Baghdad killing 23 people and injuring about 40. These attacks, just days before the country's first parliamentary elections since U.S. forces pulled out of the country in 2011, have raised questions as to how upcoming elections will impact the country and how effective Iraq's future government will be in providing stability and security across the conflict riddled nation.

The road to this year's parliamentary elections has so far been one riddled in blood and tragedy as over 2,800 people have died this year as a result of sectarian attacks. With just a matter of days remaining until the Iraqi people head to the ballot boxes to determine the future of their country, little looks certain. Since 2006 Nouri al-Maliki's State of Law Coalition has maintained power and allowed the now two-term prime minister to maintain his firm grip over politics in the country.

However, as daily attacks have not come to an end since he took the reins of power, neither he nor his block's government have been able to find a way to end Iraq's persistent sectarian troubles. Based on the results of last year's provincial elections which saw al-Maliki's coalition overcome their opponents to emerge as the most popular political force in seven of 12 provinces, analysts expect al-Maliki's party to once more fill the majority Iraqi parliament's seats. Though he appears to be the front runner in these elections, it will be likely that al-Maliki will need to form a coalition government that incorporates parties of Shiite leaders behind the al-Muwatin coalition, Ammar al- Hakim and Muqtada al-Sadr. With sectarian violence on the rise, many Iraqi Shiites have grown impatient with al-Maliki, causing the growing popularity of his rivals within the al- Muwatin coalition.

Though al-Maliki is once again likely to be selected by the parliament to be prime minister after these elections, it has become clear that if he is to succeed in bringing stability to Iraq, he will have to do so with the cooperation of other Shiite blocks and possibly some Sunni politicians or parties which will claim parliamentary seats following this
Wednesday's elections.