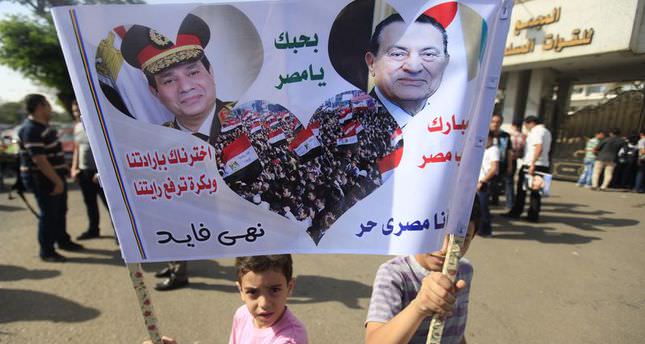 by reuters
Apr 28, 2014 12:00 am
CAIRO — Former Egyptian army chief Abdel Fattah al-Sisi on Sunday called for a big turnout in a presidential election he is expected to win easily, countering a call for a boycott by allies of deposed Islamist president Mohamed Mursi.

Sisi, who deposed Mursi after mass protests against his rule last July, faces only one competitor in the May 26-27 election - leftist Hamdeen Sabahi. He came third in the 2012 election won by Mursi of the Muslim Brotherhood.

Sisi called on Egyptians to vote in "unprecedented numbers for the sake of Egypt", according to an official statement outlining comments he made during a meeting on Sunday with investors in the tourism industry.

An alliance of Islamist parties opposed to last year's military takeover had earlier issued a statement declaring their boycott of the election, describing it as "a farce" designed to appoint "the coup orchestrator" as president.

In a statement posted on Facebook, the National Alliance to Support Legitimacy also said it would not recognise election monitoring planned by "Western supporters of the coup" - an apparent reference to the European Union, which has agreed to send an observation mission.

Sisi, who has been lionised by the Egyptian media, was widely seen as Egypt's de facto leader after deposing Mursi. He stepped down from his position as head of the military and defence minister last month in order to run in the election.

Egyptians last voted earlier this year in a referendum on a new constitution. It was approved by more than 98 percent of those who cast ballots, with a turnout of 39 percent, according to official results.