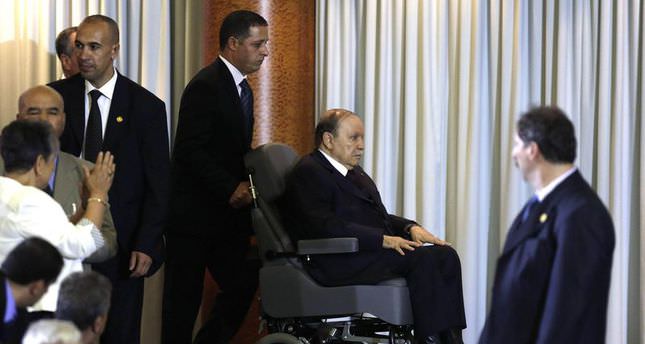 by Apr 29, 2014 12:00 am
ALGERIA — Algeria's President Abdelaziz Bouteflika was sworn in for a fourth five-year term yesterday after he easily won an election opponents dismissed as fraudulently returning the ailing 77-year-old to power. State television showed Bouteflika sitting in a wheelchair to take the oath and give a brief statement in one of his rare public appearances since a stroke last year that raised questions about his ability to govern. "I thank the Algerian people for their renewed confidence," Bouteflika said in a weak voice, in his first public speech for at least two years. "The April 17 election was a victory fordemocracy. It was a lesson in democracy." Under Bouteflika, a veteran of the war that ended with independence in 1962, the OPEC producer has become a partner in Washington's campaign against Islamist militancy in the Maghreb and a supplier of about a fifth of Europe's gas imports.