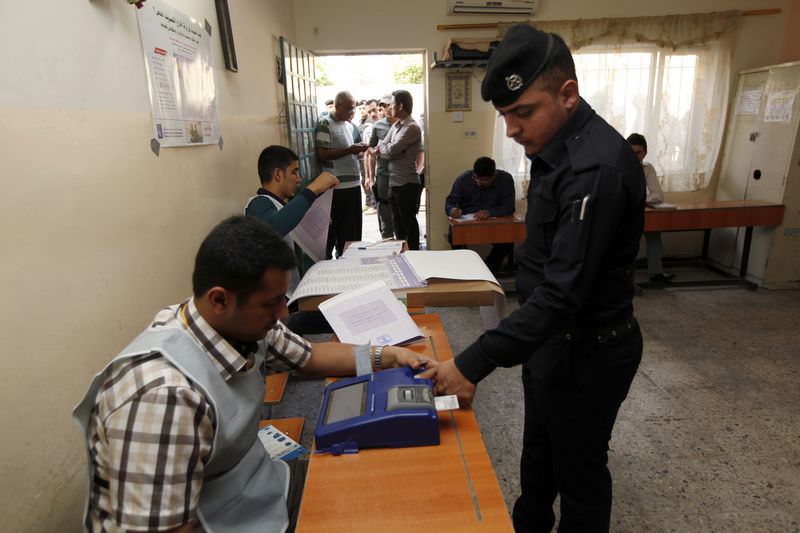 by French Press Agency - AFP
Apr 29, 2014 12:00 am
BAGHDAD — In most countries, election season sees many parties and hopeful candidates taking to the streets, the television screens and the Internet to campaign feverishly for votes, just as occurred in Turkey during the recent local elections in March. However, Iraq is not like most countries and the system of government that the Iraqis inherited from the botched American-led 2003 invasion that toppled the Baathist government of Saddam Hussein has a long way to go before it can be described as being "normal," "free and fair" or even "democratic."

Deadly attacks yesterday, including a spate of suicide bombings, killed 20 soldiers and policemen as they cast their ballots ahead of Iraq's first election since US troops withdrew.The bombings in Baghdad and north and west Iraq raise serious concerns about the ability of the country's security forces to protect voters during Wednesday's general election, when more than 20 million Iraqis are eligible to vote. They come amid a protracted surge in violence and fears the country is edging towards all-out conflict.Attackers wearing suicide belts hit polling centers in Baghdad and cities north of the capital, while roadside bombs struck military convoys and targeted journalists covering the polling. At a voting center in western Baghdad where six security members were killed, ambulances rushed to and fro, collecting the wounded, as soldiers cordoned off the street and ushered passersby away, an AFP journalist said.Attacks elsewhere left 14 dead overall -- all members of the security forces - officials said.