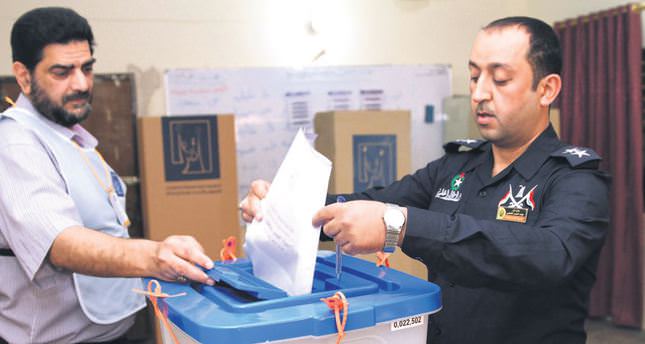 EXETER — The first part of this report on the upcoming April 30th Iraqi parliamentary elections and the current state of affairs in the country will show why Iraq has a system of government and politics unlike anywhere else in the world.

What makes Iraq so different in its approach to elections? After all, this is the same country where the incumbent government of the sectarian Iran-backed Shiite Prime Minister Nouri al-Maliki is currently waging a war against the rights and livelihoods of the Sunni Arab population in Anbar and five other Sunni dominated governorates. After Maliki ordered the Iraqi armed services loyal to him to storm a peaceful protest camp in Ramadi, the capital of the Governorate of Anbar, he initiated a war of self-defense undertaken by the Sunni Arab tribes who were not willing to be marginalized and then slaughtered en masse by a sectarian regime that did not even win the last parliamentary elections in 2010, but achieved power only through the support of the Sadrists led by firebrand Shiite cleric Muqtada al-Sadr. The Iraqi army, now largely comprising extremist Shiite militias who were subsequently absorbed into the armed forces, used deadly force not just against peaceful protesters in Ramadi, but also before that in the northern town of Hawija in April 2013, just over four months after the demonstrations against Maliki's sectarian policies began where grisly videos released on the Internet showed dozens of unarmed protesters killed, and at one point soldiers stamping on the head of a dead Sunni protester screaming sectarian slogans against him. In light of this atmosphere of civil war, it is a wonder that Maliki is insisting on holding elections later this month. He has decided to run the elections as normal, except that the votes from "terrorist" hotspots, primarily in Anbar, will be excluded for "security" reasons.

What does this mean for Iraq? Quite simply it means more bloodshed, more violence, more torture, more executions and more human rights abuses. The Sunni Arabs have already been marginalized, which was the reason that they started protesting in Anbar and other Sunni governorates in December 2012. By excluding a large number of the Sunni votes in the upcoming elections, Maliki is essentially trying to increase his proportion of the remaining "eligible" voters. Iraqi Sunni Arabs would almost certainly vote for political blocs that stand in opposition to Maliki, just as they voted for the Iraqiyya Bloc led by Iyad Allawi that technically won the elections in 2010. As such, Maliki is quite literally and bloodily carving out a large proportion of the votes that would go against him, and is maximizing his chances of winning a third term which is looking more and more likely by the day. The Sunni Arabs who were staying out of the current war playing out in Anbar are likely to fully commit to protecting their rights as well as those of their fellow Sunnis in Anbar. Maliki is polarizing Iraqi society in order to further divide it across sectarian and ethnic lines, and to force the Shiite vote to stay in his camp by encouraging the view that a gain in Sunni strength would be an existential threat to them. Maliki will achieve this by pushing more and more besieged Sunnis to desperation which will allow extremist groups like the Islamic State in Iraq and the Levant to gain traction as people may turn to them in desperation, believing that they are the lesser of two evils compared to the forces of the Iraqi regime.

Casting our gaze to northern Iraq and the activities of the Kurdish Regional Government (KRG), it is clear that the Kurds are uneasy with Maliki's performance in Baghdad. However, this has less to do with feelings of solidarity with their coreligionists in Iraq (the majority of Kurds are Sunnis), and more to do with Maliki's frequent antagonistic moves that have recently pushed the Kurds to boycott attending the Iraqi parliament. Their boycott meant that Maliki could not pass his budget law through parliament on time, and therefore used the budgetary delay as an excuse not to pass on the 17 percent share of the Iraqi budget to the KRG. This will serve to inflame tensions and KRG President Massoud Barzani has already indicated that the political process seems to be going nowhere and that he is willing to pursue other options.This is obviously a veiled threat to declare independence, although in doing so Barzani would risk aggravating neighboring Turkey and Iran, the former of which are actually doing much to defuse their own ethno-nationalist tensions with their Kurdish population. It would also be a declaration of war, with the newly announced Kurdish state having to fight for their future borders, with Kirkuk becoming a potential flashpoint that will further hinder the Turkish-Kurdish reconciliation due to the large presence of ethnic Iraqi Turkmen in the city.

That being said, Maliki would be committing suicide by pushing the Kurds to war. Not only are the peshmerga a heavily armed force these days, but he is already embroiled in a costly war against the Sunni Arabs who are exacting a heavy toll on his forces. The Americans, with all their technology and power, lost countless soldiers in Anbar and it is unlikely that Maliki will succeed where they failed, even with Iran supporting him with units from the Iranian Revolutionary Guards Corps Quds Force led by the secretive Iranian General Qassem Soleimani. To open up a second front against a highly trained and equipped mobile force such as the peshmerga will result in the collapse of the Iraqi army and Maliki himself.Maliki has shown an affinity for survival and practicality, and so it is highly unlikely that he will antagonize the Kurds heavily enough to cause a war with them, particularly not when he is already otherwise engaged. As such, we can expect the Kurds to continue to vote within their ethnic blocs and to remain aloof of events in Iraq in so far as their oil is not threatened.They will also continue to seek support from Turkey. How Turkey will influence events will be discussed in the second part of this report