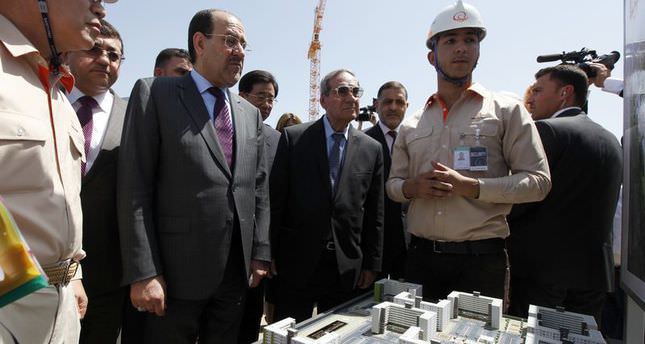 BAGHDAD — A casual wave to fellow diners in a Baghdad restaurant in 2008 sealed Nouri al-Maliki's reputation as the man who restored a degree of normality to a city that civil war had nearly destroyed.

Now he has gone out again among the people, strolling around the city to prove he is still attuned to their problems as he lobbied voters to give him a third term as prime minister when they cast their ballots in elections on Wednesday.

The highest levels of violence since Maliki took on the militias in 2008 are undermining his message. He still leads the election field, but his opponents are circling and could unseat him, if they can overcome considerable differences.

In March alone 180 civilians were killed and 477 were wounded in Baghdad among more than 2,000 killed across Iraq so far this year.

Normally seen behind closed doors and a wall of security, Maliki's usual message is vengeance for the bombings that have again become a regular feature of Iraqi life and criticism of political opponents, who he says are set on undermining him.

His concentration of power over the past eight years - he holds the defense, interior and security portfolios as well as the premiership - gives him a clear electoral advantage, as does the offensive against the Sunni militants he launched last year.

But it has also made him enemies among Shi'ite, Sunni and Kurdish leaders alike and his rivals say they are prepared to put sectarian differences behind them to unseat him.