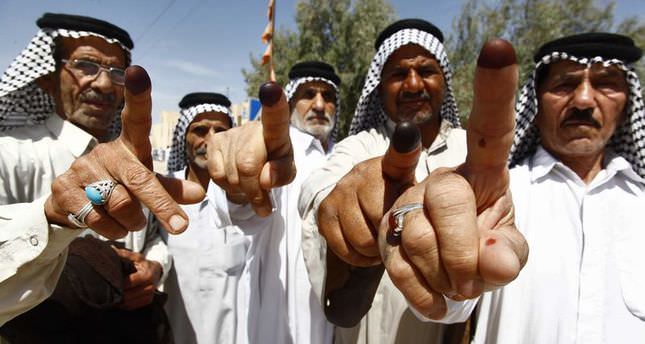 by May 01, 2014 12:00 am
BAGHDAD - Iraq's independent election commission said Wednesday that around 60 percent of eligible voters turned out in the nation's parliamentary elections.

"Around 20.2 million Iraqis had the right to vote on Wednesday," Miqdad al-Sherifi, a senior commission official, told reporters.
He added that 12.2 million voters cast ballots in Wednesday's elections across Iraq.
"This is a big percentage," al-Sherifi said. "The commission is keen that vote counting and the announcement of the results will take place in an atmosphere of transparency," he added.
Wednesday's elections were the first since U.S. troops withdrew from the Arab country three years ago.
In 2010, 62.4 percent of Iraq's eligible voters had cast ballots in the parliamentary elections.