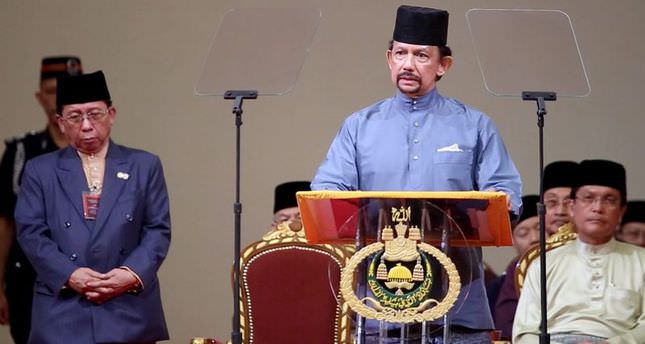 by May 01, 2014 12:00 am
BANDAR SERI BEGAWAN,Brunei — The sultan of oil-rich Brunei announced that tough Islamic criminal punishments would be introduced Thursday, pushing ahead with plans that have sparked rare domestic criticism of the fabulously wealthy ruler and international condemnation. "With faith and gratitude to Allah the almighty, I declare that tomorrow, Thursday May 1, 2014, will see the enforcement of sharia law phase one, to be followed by the other phases," the absolute monarch said in a royal decree Wednesday. Plans for the sharia penalties - which will eventually include flogging, severing of limbs and death by stoning -triggered condemnation on social media sites in the tiny, sleepy sultanate earlier this year.Confusion has swirled around implementation following the unexplained postponement of an expected April 22 start date that raised questions over whether the Muslim monarch was hesitating.