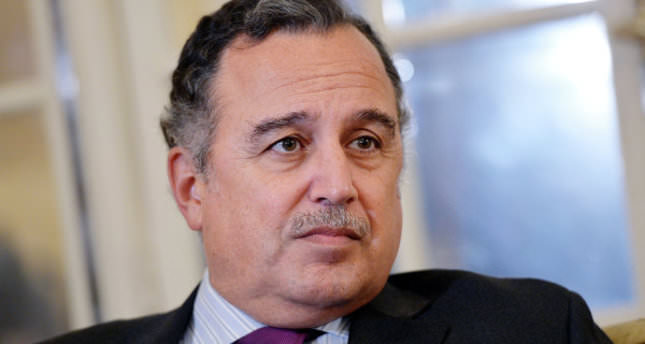 "During the meeting, Hagel stressed U.S. support for the democratic transition process and the transitional roadmap in Egypt," the ministry said in a statement.

According to the ministry, the two men underlined the importance of maintaining "strategic" cooperation between Egypt and the U.S. in the military and security fields, including counterterrorism.

The Egyptian army imposed a transitional roadmap following the July 3 ouster of elected president Mohamed Morsi on the back of massive protests against his one-year rule.

Egypt is scheduled to hold presidential election on May 26-27, the second step in the roadmap after a constitutional referendum held in mid-January. The map also calls for fresh parliamentary polls later this year. Abdel-Fatah al-Sisi, the former army general who played a key role in Morsi's ouster, and leftist politician Hamdeen Sabahi will be the only contenders for the presidency.

Fahmi's visit, which wrapped up on Wednesday, was his first to the U.S. since the army removed democratically-elected Morsi - a leader of Egypt's Muslim Brotherhood group - last summer.