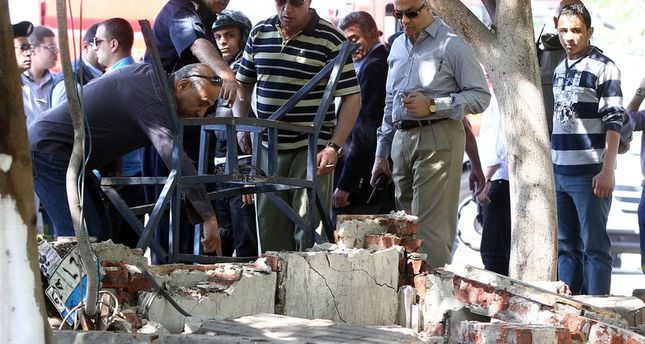 by AA May 02, 2014 12:00 am
CAIRO — The main support bloc for ousted president Mohamed Morsi and the Muslim Brotherhood have condemned a series of bombings that struck Egypt on Friday.

"We condemn and reject these bombings," Magdi Qorqor, spokesman for the pro-democracy National Alliance for the Defense of Legitimacy, told Anadolu Agency.

He reiterated that his pro-democracy bloc rejects all forms of violence.

"We are committed to peaceful activism," he said.

Two suicide bombings struck South Sinai, one of Egypt's main tourist resorts, killing one soldier and injured eight people.
A policeman was also killed in a bomb blast near a courthouse in eastern Cairo on Friday.

He went on to call for bringing the perpetrators to justice and urged the military-backed authorities not to rush in blaming certain parties for the bombings.

"The Muslim Brotherhood [the group from which Morsi hails] condemns all criminal acts that lead to bloodletting," he said, reiterating that his group is committed to peaceful activism.

Egypt has been dogged by instability since the army unseated Morsi, the country's first freely elected leader, last July following massive protests against his presidency.