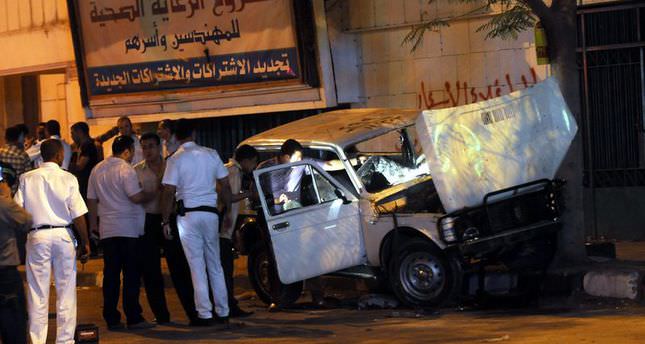 by May 04, 2014 12:00 am
CAIRO - Two suicide bombings in Egypt's South Sinai killed a soldier and wounded at least eight people and two other bombs killed two people in Cairo on Friday, less than four weeks before a presidential election is due to be held, official sources said.

In other violence in the port city of Alexandria, two people were shot dead when supporters of deposed President Mohamed Mursi clashed with residents, the Interior Ministry said in a statement.
Militant attacks and other political violence have spiraled since the army overthrew Mursi, a senior Muslim Brotherhood figure, last July after mass protests against his rule.
Former army chief Abdel Fattah al-Sisi, who led the action, is expected to win the presidential election on May 26 and 27.
Friday's suicide attack in El-Tur, a town on the main road between Cairo and the tourist resort of Sharm El-Sheikh, killed a soldier as well as the bomber. Three policemen and another soldier were wounded, an Interior Ministry statement said.
Four Egyptians were wounded in the second attack, further south on the road between El-Tur and Sharm El-Sheikh, the Interior Ministry and security sources said.
A spokesman for the governorate of South Sinai province, speaking to CBC television, identified the wounded as employees of a tourism company. The Interior Ministry said they were factory workers.
A third bomb killed one policeman at a traffic security post near a courthouse in Cairo, security sources said. At least four other policemen were wounded, the Interior Ministry said.
In a fourth blast, one person was killed when a car exploded near a metro station in downtown Cairo, security sources said.
Three South Koreans were killed in February when a bomb hit a tourist bus in South Sinai near a border crossing with Israel.
Tourists are an important source of foreign currency for Egypt's economy but tourist numbers have dwindled over more than three years of political turmoil.
Underlining political tensions, an Egyptian court sentenced the leader of the outlawed Muslim Brotherhood and 682 supporters to death earlier this week, intensifying a crackdown on the movement and drawing Western criticism.
The European Union has described the verdict as a breach of international human rights law.