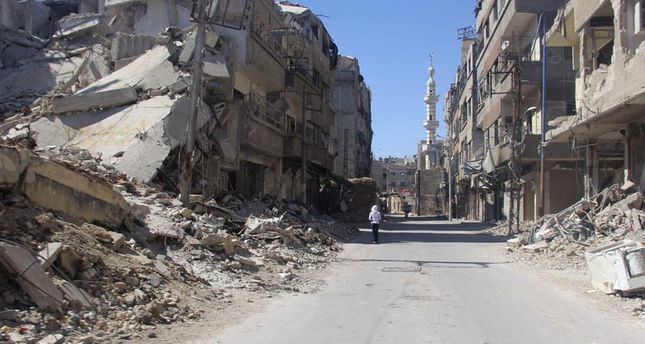 by May 04, 2014 12:00 am
BEIRUT - At least 13 people were killed by mortar fire in government-held areas of Syria on Saturday, including central Damascus, a monitoring group and state media said, just days after President Bashar al-Assad said he would seek another term in office.
The attacks occurred as activists said rebel fighters had delayed their planned withdrawal from the Old City district of Homs, once called the "capital of the revolution", although a ceasefire with government forces continued there.