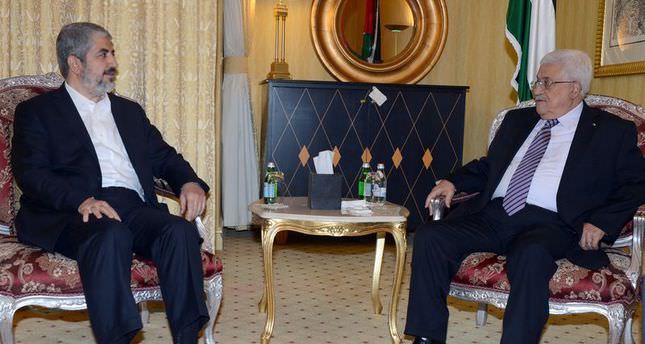 by May 06, 2014 12:00 am
GAZA — The interior ministry in Hamas-ruled Gaza said it freed six prisoners from rival party Fatah on Monday as part of a Palestinian unity pact the Islamist Hamas signed with Fatah two weeks ago.

The move came as Palestinian president and Fatah leader Mahmoud Abbas met exiled Hamas chief Khaled Meshaal in the Qatari capital Doha, for their first talks since the groups agreed to soon form a unity government and hold elections.

Hamas security sources said the men had been serving sentences for "security offences". Fatah officials say over 40 of their members remain in Gaza jails, while Hamas puts the number at under 20.

The two parties have detained several of each other's members since Hamas won 2006 polls and the two parties fought a bloody civil war in which Hamas seized the Gaza Strip and Fatah remained in power in the Israeli-occupied West Bank.

Israel suspended U.S.-backed peace talks with Abbas in the wake of his deal with Hamas, though Abbas has said he hopes to revive the negotiations in order to achieve a Palestinian state in Gaza, East Jerusalem and the West Bank.