Sisi cites 2 failed attempts on his life in Egypt 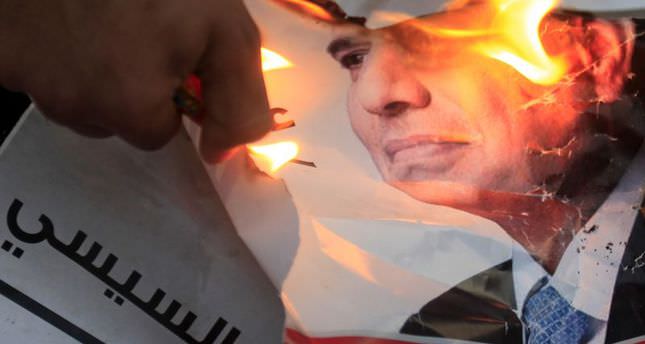 by AA May 06, 2014 12:00 am
CAIRO — Egyptian presidential candidate Abdel-Fattah al-Sisi has unveiled two failed attempts on his life in recent months.

In a recorded TV interview on Monday, al-Sisi said that there were two assassination attempts against him.

He, however, gave further details about the alleged attempts.

Al-Sisi, who led the army to unseat elected president Mohamed Morsi last July, is popular among Egyptians who supported the army's decision to unseat the ousted president.

Al-Sisi denied that he had planned to oust Morsi to seize Egypt's power.

"I would have never respected myself if I had planned to seize Egypt's power," the former army chief said.

Egypt plans to hold presidential elections on May 26-27 as part of an army-imposed roadmap for Egypt's transition following Morsi's ouster.

Al-Sisi is widely expected to win the vote.