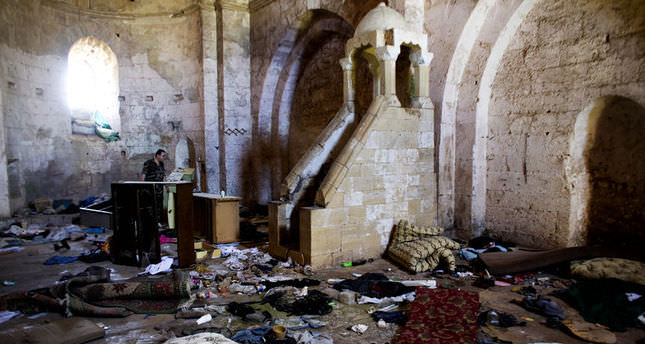 by May 07, 2014 12:00 am
BEIRUT — Syrian rebels started withdrawing from the heart of Homs city on Wednesday, leaving an early center of the revolt against President Bashar al-Assad and handing him a symbolic victory less than a month before his likely re-election.

Activists said two buses carrying the first of many hundreds of fighters left the besieged city center, heading for rebel-held areas of northern Homs province - an evacuation arranged under a deal between insurgents and forces loyal to Assad.

The rebels had held out in the Old City district and several other areas despite being undersupplied, outgunned and subjected to more than a year of siege.

Their evacuation comes after months of gains by Assad's forces, backed by his Lebanese militant ally Hezbollah, along a strategic corridor of territory linking the capital Damascus with Homs and his Alawite heartland on the Mediterranean.

Their final withdrawal from the center of the city, known as the "capital of the revolution" when protests first erupted against Assad in 2011, would consolidate his military control ahead of a June 3 presidential election.

Assad is widely expected to be the runaway victor in the vote which his opponents have dismissed as a charade.

More than 150,000 people have died in Syria's civil war. Millions more have fled their homes and the government has lost control of swathes of territory across the north and east. Fighting regularly kills more than 200 people a day.