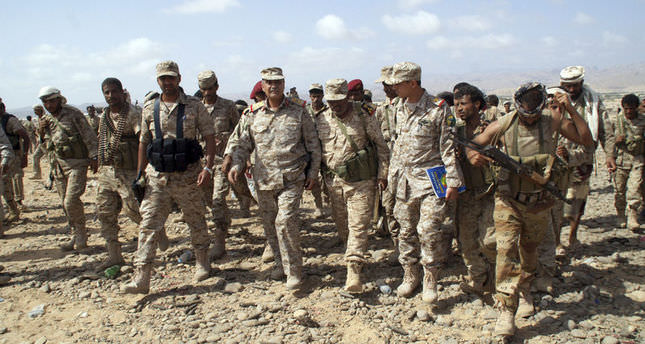 by AA May 08, 2014 12:00 am
SANAA — An Al-Qaeda leader was found dead Wednesday in an area that recently saw fighting between the Yemeni army and militants in the southern Shabwah province, a military source said.

The source, however, did not give further details about the militant's death.

Yemen recently launched attacks against what it says are Al-Qaeda elements in the southern Shabwah and Abyan provinces.

The country has been dogged by turmoil since pro-democracy protests in 2011 forced autocratic president Ali Abdullah Saleh to step down after 33 years in power.

Earlier on Wednesday, a military source said the Yemeni army had managed to make major advances over the past few hours, killing a large number of Al-Qaeda militants.