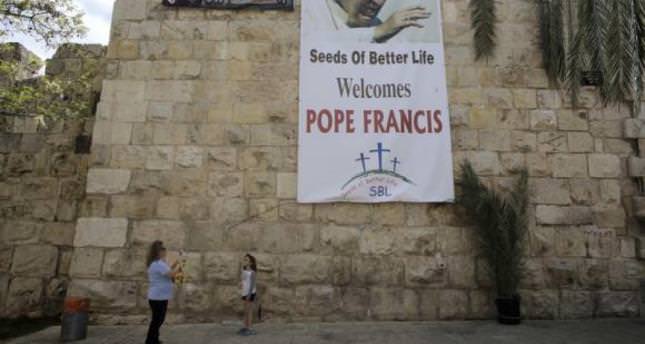 by May 08, 2014 12:00 am
JERUSALEM — The Roman Catholic Church in Jerusalem, preparing for a visit by Pope Francis later this month, has expressed alarm over threats to Christians scrawled by suspected Jewish extremists on church property in the Holy Land.

In an incident on Monday, "Death to Arabs and Christians and all those who hate Israel" was daubed in Hebrew on an outer column of the Office of the Assembly of Bishops at the Notre Dame Center in East Jerusalem.

Israel's Haaretz newspaper reported that Israeli security services fear that Jewish radicals might carry out a major hate crime against the Christian population or institutions to drum up media attention during the Pope's pilgrimage.

A police spokesman declined to comment directly on the report but said stringent security measures would be in effect for the papal visit.

In recent years, "price tag" attacks have targeted mosques, Palestinian homes and Christian monasteries in the occupied West Bank and East Jerusalem, areas Israel captured in a 1967 war and Palestinians seek as part of a future state.