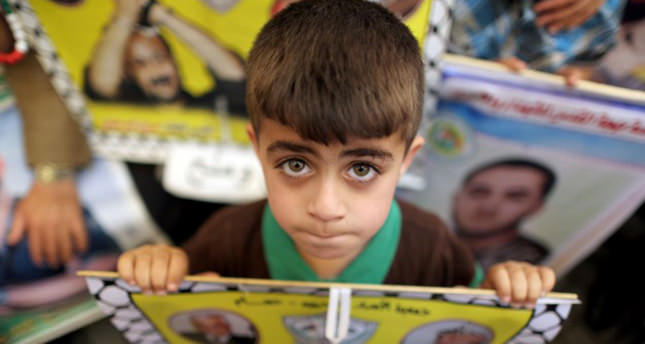 by AA May 08, 2014 12:00 am
RAMALLAH — Palestinian prisoners in Israeli jails are set to stage a one-day hunger strike on Thursday in solidarity with scores of administrative detainees.

"The prisoners will strike for one day in a show of support to administrative detainees, who have been on a hunger strike for 15 days now," Fares Qadourah, the head of the Palestinian Prisoner Club NGO, said in a statement.

Around 120 administrative detainees have started an open-ended hunger strike since April 24 to protest Israel's detention policy, a rights lawyer said.

Administrative detention is an Israeli policy under which Palestinians are held without trial, usually for security reasons.

An administrative detention order ranges from one to 6 months and can be extended till up to five years by an Israeli military court.