Egypt’s Sisi ‘was once part of Morsi regime’: Sabahi 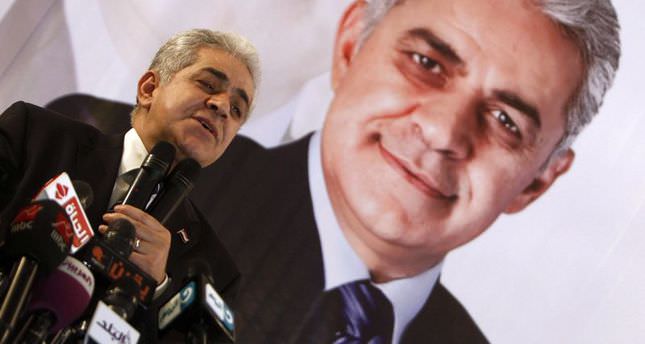 by AA May 09, 2014 12:00 am
CAIRO — Egyptian presidential candidate Hamdeen Sabahi said that his contender Abdel-Fattah al-Sisi, a former military chief, could be considered as part of the regime of ousted president Mohamed Morsi, even though he is seen as the driving force behind the former leader's overthrow.

"Al-Sisi was part of Morsi's regime and saluted him (as the defense minister), while I was saying: 'Down with Morsi's legitimacy!'" Sabahi said in an interview with private CBC satellite channel.

Sabahi went on to say that the army should not take all the credit for ousting Morsi in July last year. "The army cannot move without the people's order," he said.

"The people moved on June 30, and then the army moved afterwards on July 3," he said, referring to the mass protests against Morsi's regime that led to his forcible ouster a few days later by the army.

Al-Sisi and Sabahi are the only candidates in Egypt's presidential election, which are scheduled for May 26-27.

Sabahi, a veteran leftist campaigner, came in third in the 2012 presidential polls that had propelled Morsi to power. His "Popular Current" movement supported last year's protests that culminated in Morsi's ouster.