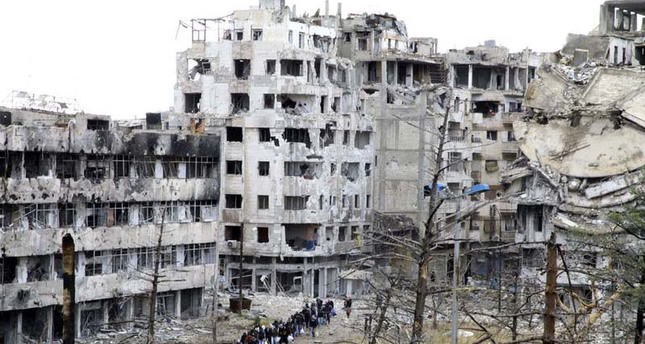 by May 10, 2014 12:00 am
HOMS, Syria — Thousands of Syrians have walked into war-battered parts of the central city of Homs for the first time in nearly two years, checking on their homes after rebels left as part of a deal allowing them to safely withdraw as government troops took the city.

Men and women fanned out through rubble-strewn streets Saturday, past partially flattened buildings. Many emerged carrying clothes and belongings. Some accused rebels of looting their homes. Smaller crowds made the journey Friday.

Government troops blockaded the rebels, alongside hundreds of civilians, in the area as the country's civil war raged around them. Hundreds of fighters surrendered their Homs stronghold this week in a deal that allowed them safe passage to other rebel-held areas.