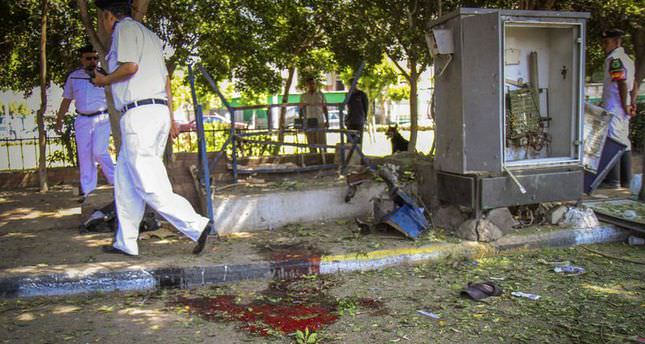 by May 11, 2014 12:00 am
CAIRO - Egypt's public prosecutor charged 200 alleged suspected militants on Saturday with "founding, leading and joining a terrorist organization" and launching bomb and rocket attacks across the country.

The accused are calimed to belong to Ansar Bayt al-Maqdis, or Supporters of Jerusalem, a group that has claimed some of the deadliest attacks of the last nine months and is listed as a terrorist organization by the United States.
The prosecutor's statement said 102 of those charged were in government custody with the rest on the run.
Militant violence has spiraled in the Sinai Peninsula, Cairo and other cities since the army toppled Islamist president Mohamed Mursi last July after mass protests against his rule.