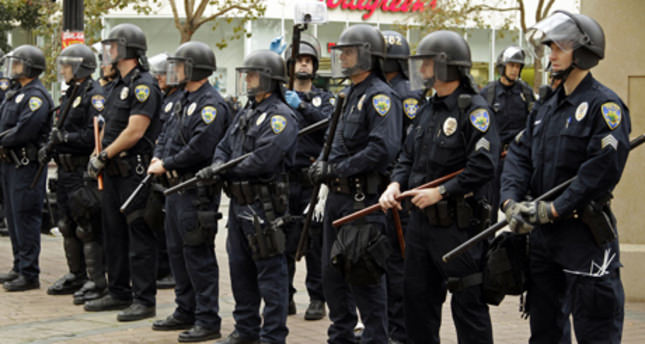 by reuters
May 11, 2014 12:00 am
NEW YORK — New York City police have been recruiting immigrants, most of them Muslims, in the years following the attacks of September 11, 2001, to act as informants eavesdropping in cafes, restaurants and mosques, The New York Times reported on Sunday.

Citing documents it had obtained and interviews with former and senior police officials, the newspaper said the department had sought to enlist the help of immigrants such as a food cart vendor from Afghanistan, an Egyptian-born limousine driver and an accounting student from Pakistan, most of whom were arrested for minor infractions.
Detectives working for a unit known as the Citywide Debriefing Team conducted 220 such interviews in the first quarter of this year, the Times said, citing police officials, and conducted many hundreds of interviews in other years.

Police officials described the interviews to the Times as voluntary, but the paper said several Muslim immigrants it spoke to felt shaken by the encounters.
John Miller, the deputy commissioner in charge of the Intelligence Division, said the debriefing team emerged from an urgent need for counter terrorism sources following the September 11 attacks, the Times said.
"We were looking for people who could provide visibility into the world of terrorism," the Times quoted him as saying. "You don't get information without talking to people."

Miller said the historic technique of debriefing prisoners, now being applied to counter terrorism, had been effective.

But the newspaper said many Muslim immigrants had said they felt as though they had little choice but to cooperate.
In one example, Bayjan Abrahimi, a food cart vendor from Afghanistan arrested in 2009 in a parking ticket dispute, said detectives asked him "about Al Qaeda, do you know these people?", the Times said. They also asked about his mosque, the nationalities of other Muslims who prayed there and about a brother who drove a taxi in Afghanistan.

Finally they asked if he would be willing to gather information at mosques and possibly travel to Afghanistan, to which, frightened, he said he agreed.

After his release, Abrahimi told the Times he never heard from the detectives again, but remained shaken by the matter.
Last Update: May 11, 2014 5:56 pm