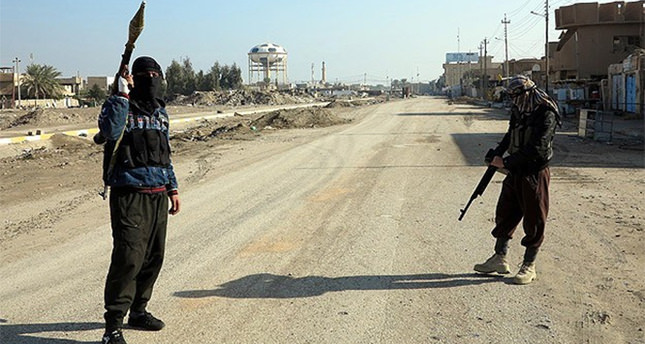 by AA May 11, 2014 12:00 am
BAGHDAD — Iskander Witwit, a senior Iraqi lawmaker has accused Israel of providing arms and equipment to the Islamic State of Iraq and the Levant (ISIL) militant group.

"Some countries now represent Israel and run the battle in Iraq on Israel's behalf," he added.

Iraq does not have diplomatic relations with Israel. Neither does the Arab country recognize the self-proclaimed Jewish state.

Witwit described the ISIL group as a "Zionist organization that seeks to weaken Iraq and other Arab countries as well as destroy Islam."

The lawmaker said foreign interference in Iraq's affairs has turned the country into a battlefield for militant groups backed by some neighboring states.

Israeli officials were not immediately available to comment on the accusations.

The Iraqi army has been waging a major offensive in the Sunni-majority Anbar province with the stated aim of clearing militants – who Baghdad claims are linked to Al-Qaeda – from Fallujah and Ramadi.

Since the offensive began last December, hundreds have been killed and injured in Fallujah and Ramadi, according to government officials.