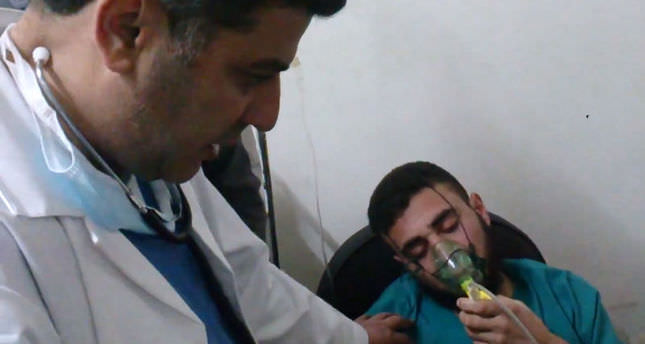 by AA May 11, 2014 12:00 am
ISTANBUL — Doctors in Syria have provided evidence of a second case of congenital malformation claimed to have resulted from a chemical weapons attack in August last year that killed hundreds of people, a Brussels-based monitoring group has said.

An official from the Bureau of Chemical Documentation, Nidal Seyhani told Anadolu Agency on Saturday that doctors have documented a mother who gave birth to a disabled girl in the Syrian province of Idlib due to exposure to effects of the attack when she was two months pregnant.

"The mother inhaled the toxic gas which reduced the liquid that protects the baby," Seyhani said.
A previous statement of the bureau on Friday said that another mom in Damascus who was exposed to the attack gave birth to a girl with congenital malformations.
Chemical gas allegedly used by the regime killed nearly 1,500 civilians, including women and children, in the Ghouta suburbs near the capital Damascus on August 21.
Last Update: May 11, 2014 6:02 pm
RELATED TOPICS