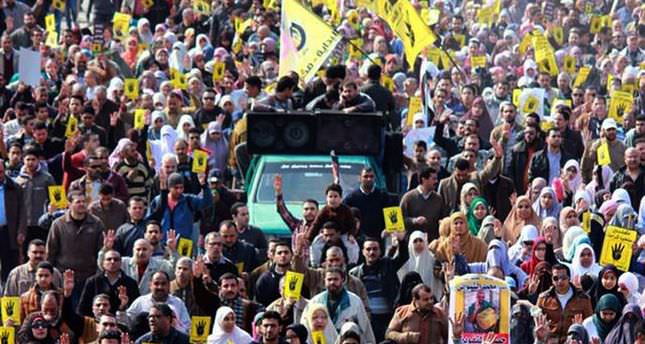 by AA May 12, 2014 12:00 am
CAIRO — A spokesman for the main support bloc of ousted Egyptian president Mohamed Morsi criticized the newly-appointed U.S. and Israeli ambassadors to Cairo, saying their career records raise suspicion.

"These two ambassadors will be unwelcome in Egypt," Magdi Qurqur of the pro-Morsi National Alliance for the Defense of Legitimacy told Anadolu Agency by phone.

Haim Koren, the former Israeli ambassador to South Sudan, arrived in Cairo on Sunday, according to diplomatic sources.

He is expected to assume his duties within days, succeeding Yaakov Amitai whose term has ended.

Koren's arrival comes shortly after the White House announced that Robert Beecroft - who currently serves as the U.S. ambassador in Iraq - has been assigned to serve in Cairo next, pending Congress approval.