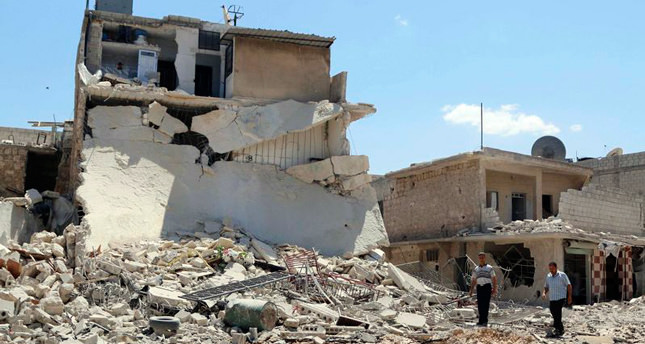 by AA
May 13, 2014 12:00 am
ALEPPO — Syrian forces loyal to Bashar al-Assad's regime killed 71 people across the country Monday, a human rights organization has said.

A statement from the Syria Human Rights Organization said the Syrian army in operations and air raids across various cities including Aleppo left many dead and injured.