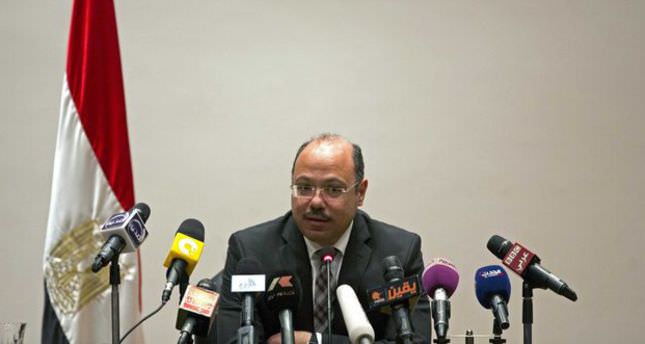 by Anadolu Agency May 14, 2014 12:00 am
CAIRO — Egypt will speed up structural economic reforms this year, led by cuts in energy subsidies, regardless of whether it strikes a deal on IMF financial aid, Finance Minister Hany Kadry Dimian said on Tuesday.

The economy has been hammered by three years of upheaval that followed the 2011 toppling of President Hosni Mubarak, and the government will give priority to crucial tax increases and politically risky cuts to generous state subsidies for fuel.

"We need to get the wheel moving again and this will requires us to reestablish confidence in the Egyptian economy, primarily through comprehensive structural reform measures," Dimian told Reuters in an interview on the sidelines of an IMF conference in Amman.

He said Egypt had an "ambitious program to streamline energy subsidies coupled with tax reforms that helps broaden the tax base and promote a fully fledged Value Added Tax system,"

Dimian, who took office last February, said the first phase of the energy reforms could begin as early as next autumn, when the government introduces a smart card that would control the amount of fuel distributed at a subsided price.

The move could save around 1 percent to 1.5 percent of the country's $262.8 billion GDP this year alone, he added.

The International Monetary Fund estimates Egypt's energy subsidies amount to three times the spending on education and seven times the expenditure on health.

Heavy spending on energy subsidies takes a heavy toll on the economy, consuming a fifth of all state spending, but raising energy prices could trigger protests.

Dimian recently said that spending on energy subsidies next year will be 10 percent to 12 percent above the 130 billion Egyptian pounds ($18.6 billion) budgeted for in the current fiscal year unless immediate reforms are made.

The reforms will happen regardless of whether a deal is worked out with the IMF after a presidential election in Egypt this month, Dimian said.