Egypt's Sisi asks for US help in fighting terrorism 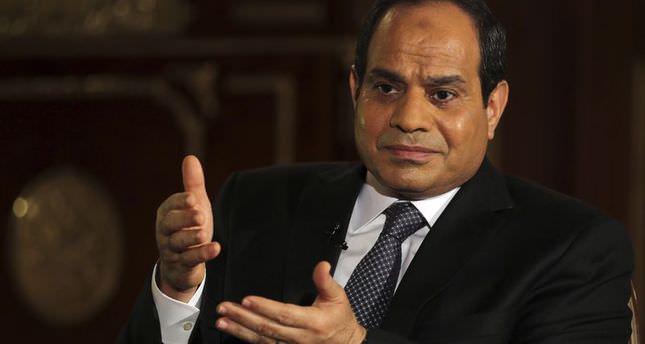 by May 15, 2014 12:00 am
CAIRO — Abdel Fattah al-Sisi, the general who ousted the elected president and is set to become Egypt's next head of state, called on the United States to help fight jihadi terrorism to avoid the creation of new Afghanistans in the Middle East.

In his first interview with an international news organization in the run-up to the May 26-27 vote, Sisi called for the resumption of U.S. military aid, worth $1.3 billion a year, which was partially frozen after a crackdown on the Muslim Brotherhood.

Asked what message he has for U.S. President Barack Obama, Sisi said: "We are fighting a war against terrorism."

"The Egyptian army is undertaking major operations in the Sinai so it is not transformed into a base for terrorism that will threaten its neighbors and make Egypt unstable. If Egypt is unstable then the entire region is unstable," said a quietly spoken Sisi, wearing a dark civilian suit.

He said neighboring Libya, which has descended into chaos following the Western-backed uprising that toppled Muammar Gaddafi, was becoming a major security threat to Egypt with jihadis infiltrating across the border to fight security forces.

Sisi said the West must understand that terrorism would reach its doorstep unless it helped eradicate it.

"The West has to pay attention to what's going on in the world - the map of extremism and its expansion. This map will reach you inevitably," he said.